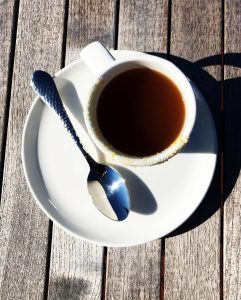 Mulled wine is popular around this time of year to keep the winter chill at bay, but many do not know the long history of mulled wine around the world.

In the early 2nd century, Roman armies would warm their wine to help survive the cold winters, and as time went on, spices and flowers were added to promote health and avoid sickness. Popularity for mulled wine began to fade over central Europe until the early 1600’s when recipes came to give it the new name of glögg. By the 1800’s people began to infuse their mulled wine with cognac and other brandies. 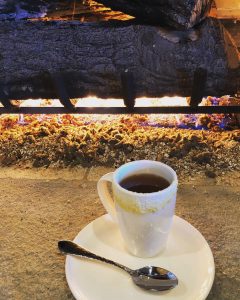 By 1890, glögg became associated with the Christmas and winter holiday season. Wine merchants would specifically make bottles of their own recipes that had depictions of Santa Claus and other winter landscapes. Over the years, mulled wine has risen in popularity with new recipes and variations from all over the world.
Here at Mount Ida we use the following recipe for our in-house mulled wine!
-1 Bottle Bell Mount Chardonnay
-1/2 cup dark brown sugar

-1 orange cut into wheels
Place all ingredients on the stove, or in a crockpot. Heat at a low temperature until all the sugar has been dissolved (roughly 10-15 minutes. Keep at a medium-low temperature as not to boil the wine. Serve warm in your favorite mug!