National Beer day is April 7th! We will be celebrating all week at the Tasting Room with a featured beer each day of the week!

Starting on the 7th and through the weekend come on by the Tasting Room and sample from our tap list with discounted half pints all weekend long! 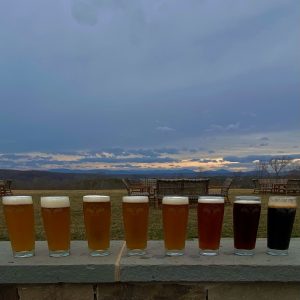 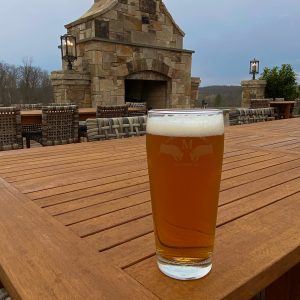 Our most popular beer, this German-style brew is a malt heavy lager that balances the pleasant sweetness of the malt with mellow floral notes and very low bitterness. Our Helles is made with 100% estate-grown barley malted by our friends at Murphy & Rude Malting, Co. Pale and easy drinking, Farm Use is a crowd favorite all year round.

“Helles” means “pale in color”; our version sits at the top of our tap-list as our lightest beer. The malt character in a Helles is traditionally soft and bready, which makes it extremely versatile for pairing with foods. A perfect pairing with our farm beef burger, especially on a warm day on our patio! 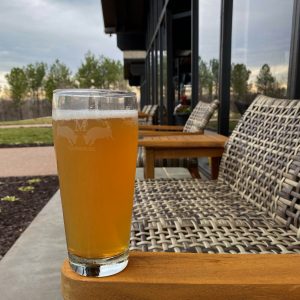 Our Guava Pale Ale is an American Pale Ale brewed with a unique yeast strain specifically cultured to interact with malt to bring out tropical flavors. And when we say guava, we mean it; we ended with a delightfully rich mouthfeel and mellow sweetness reminiscent of a cider.

American Pale Ales are traditionally characterized by floral, fruity, and resinous flavors. The yeast used in our version helps to mellow out the piney bitterness you might typically detect; This beer is smooth to the very last drop. 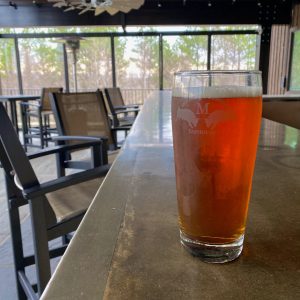 Our Feisty Bull Festbier is our most well known, flagship brew; the very first beer to be released right after our grand opening in October 2018. Our Oktoberfest-style lager, Feisty Bull is delightfully malt forward with rich caramel tones and a smoothness that provides for very easy drinking.

Festbiers are pale lagers, with lower abv and an emphasis of flavor and aroma. While we often think of Festbiers as “traditional” German style, they actually have only been produced since the later twentieth century. This style brew was originally developed by Paulaner to replace Märzen lagers and debuted at Oktoberfest in the early 1970s. 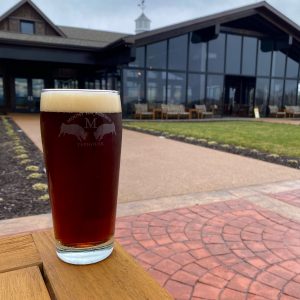 Our anniversary beer, released this past October in honor of the Tasting Room’s second birthday; our brown ale is rich and nutty with complex flavors and aromas. Not too malt forward, medium in body, and mellow bitterness, this brew is a perfect balance for all beer lovers.

American Brown Ales were styled after English-style brown ales and porters; typically somewhere in between the two in terms of flavor and slightly more bitter than both. 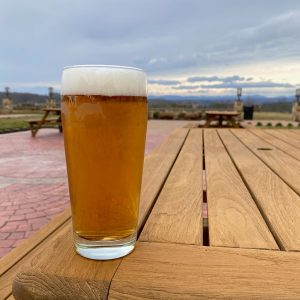 Our Samba IPA is a New England Style IPA; hazy with a richer/creamier mouthfeel and typical tropical fruit notes. By utilizing hops that impart a tropical, juicy sweetness as opposed to bitterness we end up with a more mellow IPA with bitter flavors but little to no lasting bitterness at the end. Completely different from the dank citrusy flavors and lingering bitterness that one would expect from a West Coast IPA.

New England Style IPAs began in Vermont and quickly gained popularity and began spreading across the country. Fun fact: despite growing popularity and access these hazy brews have yet to be recognized as an official beer style. 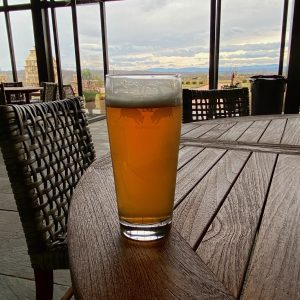 Our Beverly Harbor Double IPA has quickly become our most popular IPA on tap. A combination of an Imperial and Double New England Style IPA, Beverly combines the most delicious aspects of both. Gorgeously balanced with an initial burst of intense bitterness, fruity flavors on the palate, and a mellow finish. Be careful, it is dangerously easy to drink for such a high gravity brew.

Double IPAs should be very hop focused and aggressive in both aroma and flavor. They will always be higher gravity than your traditional West Coast Style IPAs (once you hit 7% and up, you’re in double territory), which is achieved by using more malt in the brewing process. To put it simply “Double IPAs are big and boisterous hop explosions that also pack enough booze to knock your socks off” – Coalition Brewing. 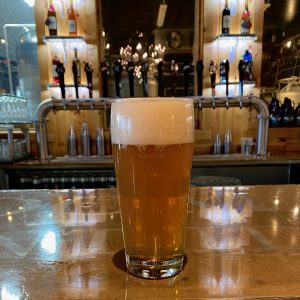 Our Supermoon is the second of our flagship brews; you will always find a version of it on our tap list. Each version receives its unique number designation from the distance of the moon to the Earth at the time of the Supermoon closest to when it was brewed! Our .978 DIPA is bigger, bolder, and more bitter than its predecessor and has proved to be even more popular for our IPA drinkers.

Supermoon is truly a West Coast style in its flavors and body; with heavy hoppy bitterness from start to finish. West Coast IPAs are commonly known for their intense hop aroma, high bitterness, and flavors of citrus and pine resin. With an abv of over 8% Supermoon also packs your Imperial punch. 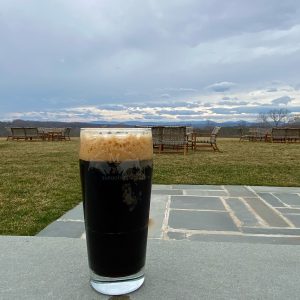 Our Imperial Stout and rich and bold, truly living up to its name. With dark flavors of chocolate and coffee, and subtle bitterness from the addition of the pnw hops, this intense brew is delicious with equally rich foods and is like dessert all on its own.

An American Style Imperial Stout is the strongest in body, with the highest gravity of all types of stouts. Rich brown/black in color, you can expect a decadent malty flavor and robust aroma. Our Madison does not skimp in any aspect.